Fancy spending a couple of months in a cave?

Just one of a plethora of reasons why I love my job is because every now and then someone phones you up and asks if you want to do something bonkers like spending a couple of months in a cave.

Due to its overwhelming popularity in 2015, Bristol based company Insane Root Theatre have revived their totally marvellous (and bonkers, of course) production of Macbeth, performed in Bristol’s Redcliffe Caves. And thank goodness they have, because otherwise my summer would have been spent above ground which is nowhere near as good. (Seriously, I packed my thermal underpants a month before rehearsals started.) 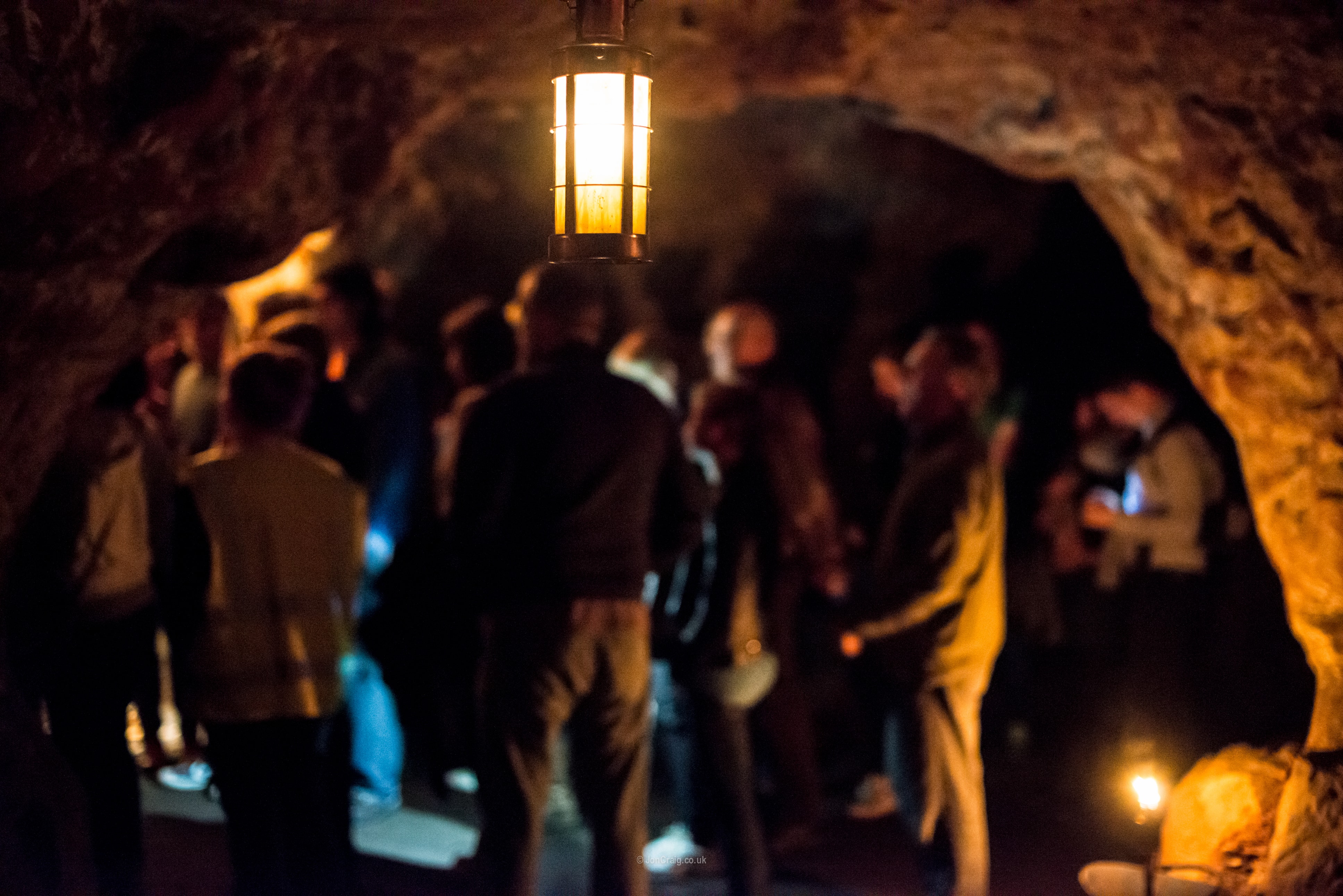 Being one of three new actors introduced to the pre-existing cast of 2015 was not a daunting experience in any way, shape or form. We did a run of the play on the first day of rehearsals. They all did an excellent job of putting the right props in my hands and poking me on stage at the correct time. No worries. I’ve got this.

Until of course, people start saying things like ‘the ceiling is really low when we do this bit and it’s always really muddy underfoot in this section and the cave does have the odd trench so you’ll have to watch out for that too.’ And I’m nodding along with an open mouth, playing it super cool, pretending I do this kind of thing all the time. 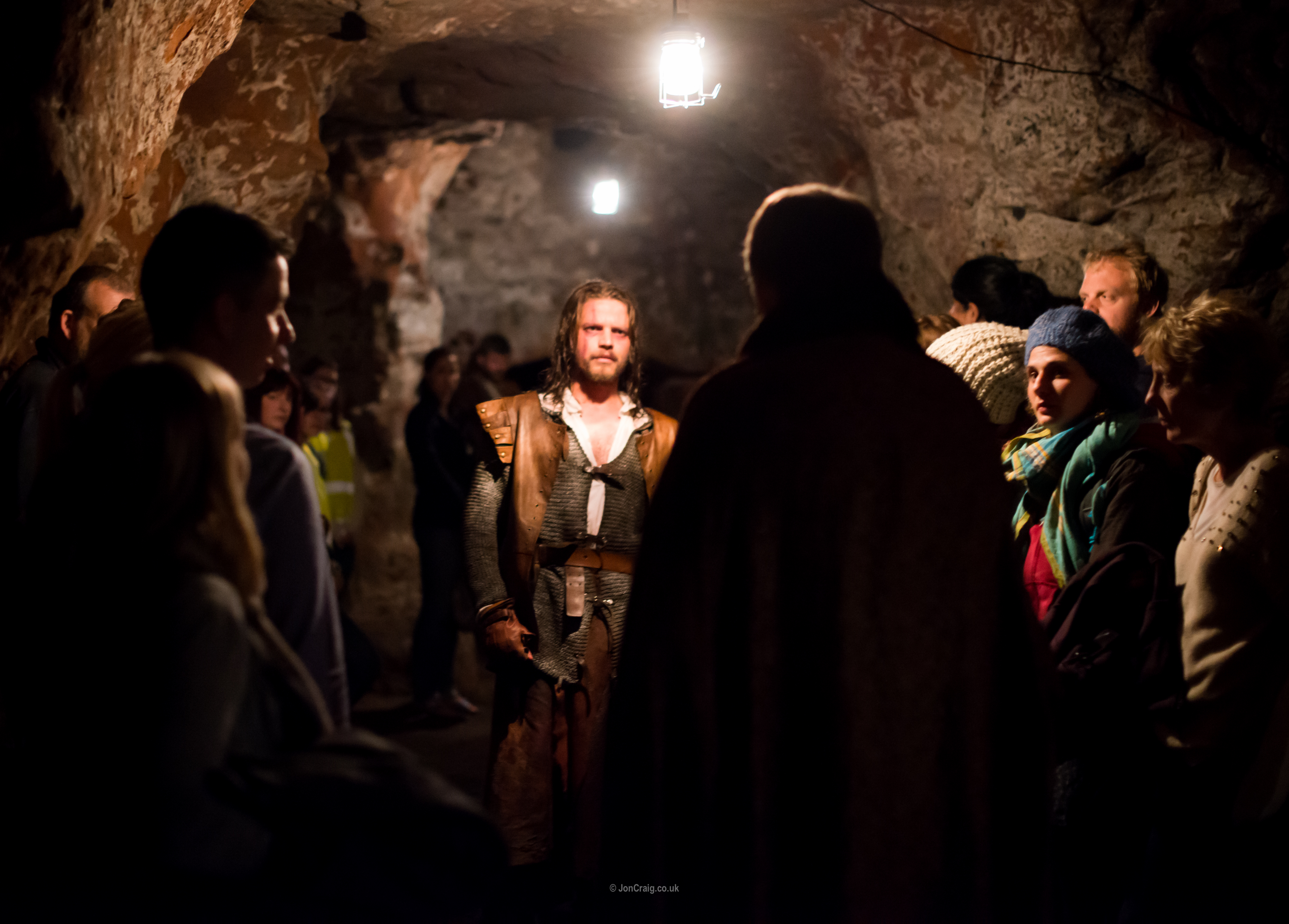 But then we have a site visit to the caves. I actually get to see it and feel it and breathe it in and I just keep grabbing handfuls of people’s clothes and exclaiming ‘This is so exciting!’ because honestly, I can’t imagine a better place to do this play, which is full of the supernatural and nature and weather and the collapse of a land. The caves are a visceral red, they are roughly hewn anomalies carved clumsily into the earth, they have their own heartbeat. It is so much easier to imagine a society crumbling into chaos when the very earth around you is scarred and tortured into being.

I am sold. Insane Root’s parents, Hannah Drake and Justin Palmer, are geniuses.

Once we get to technical rehearsals the practicalities of being in cave do start to hinder the process a tad. Firstly, it is very cold. And it appears that the cold is starting to affect the batteries in the torches, the lighters won’t light the candles. Also, it’s dark, who knew? Someone hears a movement in the blackness and our imaginations produce the now famous ‘vampire rats’. That’s right, they are half vampire and half rat.

The ridiculousness of backstage drama is exacerbated. During a dress rehearsal, I get lost whilst attempting to lead the audience to the next scene. My wimple gets covered in stage blood and I am trapped in my chainmail!

It is a gift of an experience. Something totally unique for anyone that chooses to come along. It is the wonder of Shakespeare combined with original choral songs, sword fighting and quite literally the most immersive, living, breathing set imaginable. So, please do come along.