Impromptu Shakespeare is an improvised theatre company. We make up a new play in the style of Shakespeare for each performance, based on audience suggestions. We decided early on in our rehearsal process that we wanted the show to be funny, and often irreverent, but that we also wanted to get it right – at least right enough that the audience could believe it might be Shakespeare. We wanted language and themes and settings that were firmly rooted in the early modern world.

Getting the themes under our belts was the easy part. We all went away and brushed up on Shakespeare’s more obscure plays, making sure that in addition to lovers and kings we knew all about bears and baking people into pies.

But then there was the language. 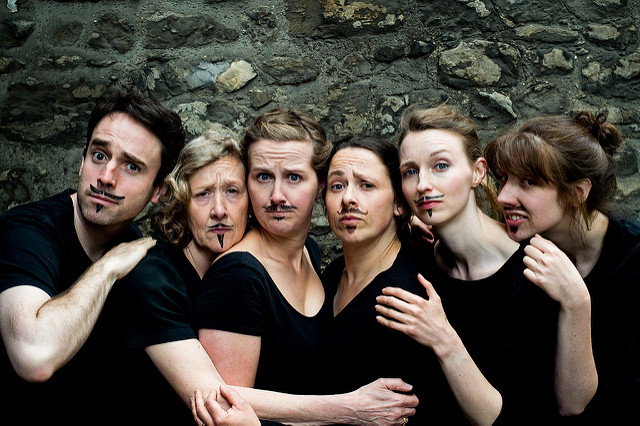 Improvising in Shakespearean language is a strange experience. At first, it makes everything a hundred times harder. Improvisers are often taught never to think about what they will say next. Inhibition is the enemy: you must leap first and look later. But that’s a little tricky when you’re watching your early modern vocab, and more or less impossible when the scene demands at least the flavour of iambic pentameter. At first.

When Impromptu Shakespeare originally formed, we had a two week intensive rehearsal period. We covered everything from grammar lessons on flip charts (thou, thee, thy/thine and the old third person ending -eth), to long summer evenings under an oak tree telling each other stories in pentameter. We practised extending metaphors until they snapped, and eliminated the dreaded modernism “ok” (almost). I started thinking in five feet at a time. It’s strangely addictive. Over time we have create exercises to quickly and vigorously exercise our early modern muscles at rehearsal.

Of course, not everything we learned over that period comes on stage with us every time. But something flipped, and early modern language stopped being scary and jamming our gears. In fact, I discovered something unexpected. The constraint of “speaking like Shakespeare” was actually very liberating. 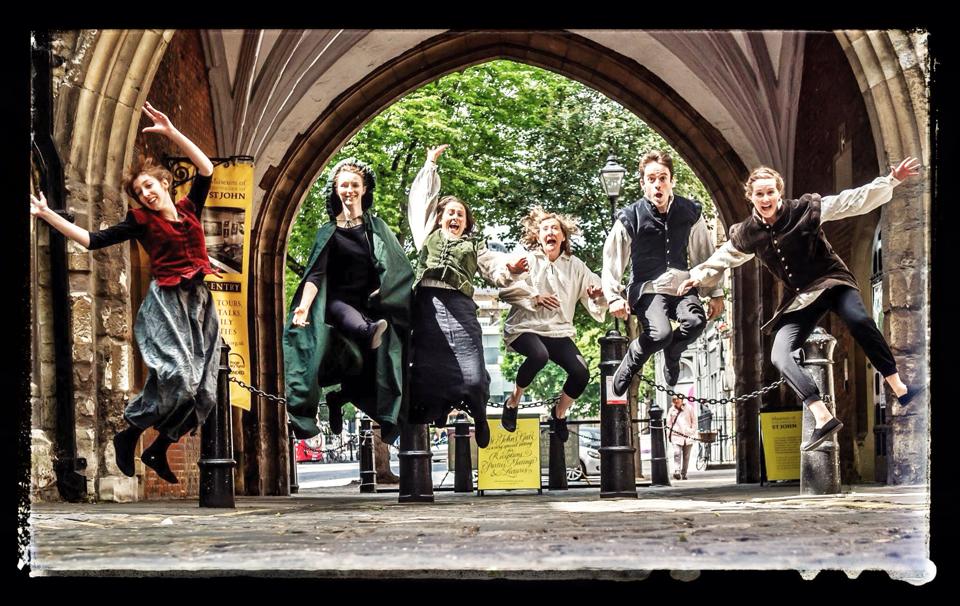 Take pentameter, for example. If you restrict yourself in rehearsal to speaking entirely in verse, your brain focuses on finding the next foot. Content becomes secondary. When the meter is driving my speech, I therefore sometimes say things that I hadn’t expected. I say them because they sound right. And when I add into the mix the emotions of the character I am playing it, then I say them because they feel right. If I can’t decide where to take the plot, I trust in the emotion my character is feeling, leap out into a line of pentameter, and I know that the consequent language will make my mind up for me.

A similar thing happens when you follow a metaphor through to its conclusion. Suppose my scene partner has compared our love to an ocean. Finding new ways to draw parallels between love and oceans can produce ideas that I might never otherwise have chosen. Suddenly I’m blaming her for the stormy spells, or admitting that my love is retreating like the tide, or confessing that I am drowning in our love. So exploring the metaphor helps to nuance the character’s emotions, creating new avenues for both character and plot development.

Now when I improvise in other genres, I actually miss the freedom of riding that language – something I never would have guessed when we started out.

Impromptu Shakespeare are performing at the Wardrobe Theatre this festival, as well as running workshops for adults and children!